Will AR or VR become mainstream in the next decade? 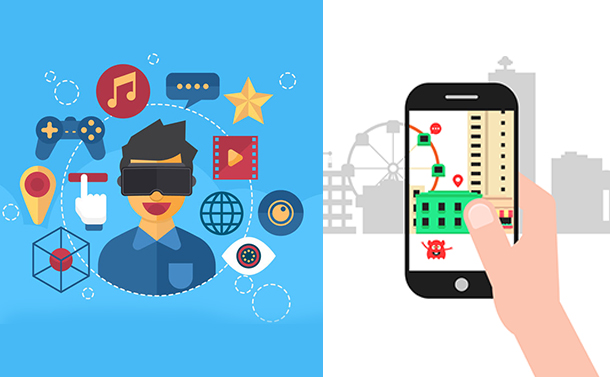 Do you think that the Augmented Reality and Virtual Reality are the terminologies of the modern era? Well, to your surprise, they have been in existence for more than three decades. Yes, they were present in the primitive forms in military aircraft, flight simulators, and gaming and entertainment.

Yes, but it is true that there has been a remarkable development in these two fields during the past decade. Now, more advanced, and realistic interfaces and applications are available, which are improving year after year.

The high cost of development hindered their popularity.  Now, the scenario is changing. Today you get good-quality AR or VR apps by mobile app developers in Mumbai at reasonable rates.

Though this technology shows a great promise undoubtedly, will it be a real gamechanger? Yes, it will be.

Where are we today in AR and VR development?

It is more than a decade now when the first smartphone was introduced, and the screen became an essential element in our life. It changed our way of communication.

Now, we are moving to the next level where the AR and VR are getting more advanced and realistic. Not just gaming or entertainment, but they are getting embedded in every application.

Social media platforms are using it for entertainment and fun. Some smart apps suggest buyers and help in making the right decision.

A smartphone coupled with headset becomes the best method to have VR experience. It is handy, easy, and very convenient.  A mobile app development company in Mumbai is using advanced hardware and software programs to create engaging VR apps.

AR or Augmented Reality has grown a little slower than the VR. It is because of a lack of standardized practices and a higher cost of development.

However, the scenario is changing rapidly. Now, an android app development company gets assignments for developing complex AR and VR based user-oriented apps.

Where is the industry heading?

The headsets are bulky and inconvenient. As there will be lightweight and handy headsets available, the development pace will shift the gear.

In short, the future is incredibly exciting.